So I’ve finally gotten around to editing some videos from our adventures around central Florida. Episode One is from a day at Universal Studios Florida and Islands of Adventure. You can check out episode one below. For anyone wondering about the name “Project Orange” — The name comes from the fact that we had been wanting to move to Florida for several years, and by the late-2000’s the concept got a formal name — “Project Orange.” So, now that the move has come to fruition, the name “Project Orange” lives on in the title of our Florida adventures…

Just a quick post comparing a photo I took almost nine years ago with one I took this past weekend. We took a stroll from Epcot to the Swan and Dolphin and took a shortcut through Disney’s Boardwalk resort. After sampling a bit of the food from the International Festival of the Arts, we stopped off for a nice bite at the Big River Grille & Brewing Works. My first trip to the Swan and Dolphin was for a conference back in 2010.

The picture/camera quality is quite different between the two pics, with the new picture being much clearer and sharper, but there’s something about the lighting, the stillness and the sunset in the first picture that makes me prefer it.

That’s all I got to say!

So, what a year it’s been. My family and I have seen more change this year than ever before. In April of this year we started our trek south to central Florida. There have been so many ups and downs throughout the year, but I wouldn’t change anything.

It’s been a great change of climate! I do not miss the snow! And as of yet, I’m not tired of the heat. The hardest part? Missing our friends and family. However, there are just so many things to see and do around central Florida — and not just Disneyworld and Universal. I’ve had so much good food — and put on a little weight in the process. Here’s a sampling of some of the sights we’ve seen, some of things we’ve experienced, and maybe a few familiar faces from 2018:

(There might be a picture or two of some food in there too!)

This is my favorite skit in ages from SNL. I can’t even begin to describe why…. but I’ll try.

First of all, this skit just happened to be on SNL the same day that we took the NBC Studio Tour in New York City, where we got to see the legendary Studio 8H, the place Saturday Night Live has been produced for over 40 years. So, immediately +5 points, right?

So, it’s been just a bit crazy for the past several weeks. I’ve done a lot of traveling, faced a few challenges, and have come out the other side.

I took one very unexpected trip to San Diego, California followed by a regularly scheduled trip to New York City. The NYC trip was primarily a college tour trip, but we did take some time to visit some of the city’s highlights.

Here’s what’s been going on, in picture form. First, a trip to the west coast:

Georges at the Cove

And then, a trip to the east coast:

I did a quick Periscope while at Walt Disney World the other day. I captured it with katch.me and now I’m posting it here.

So, we are home from our school trip to New York City. This was my first trip to the Big Apple, but this was the second Allison and Tina have been there. We had a great time, but we were only there two days and it’s just impossible to spend any length of time anywhere. When we go back we’ll be spending a little more time in places.

One thing I’d like to add is a video of the performance of Supercalifragilisticexpialidocious performed in the Mary Poppins musical. Fantastic!

Here are a few pics:

I just got back Saturday from a week of classes in Orlando, Florida.  I had a nice time down there, but with all the theme parks and all the family “stuff” there is to do, it was hard to be there without the rest of the family.

To start off with… It’s really funny looking at all the excited families queuing up at the Pittsburgh airport.  The kids are hyped up! The parents are smiling! They can’t wait for the enormously “yuge” (thanks, Donald!) amount of entertainment that awaits them over the next several days! Yay! 🙂

Then… contrast that with what you see getting off the plane right now: Those returning from their trip to Walt Disney World… Tired.  Sunburned.  Carrying large, over-stuffed bags of obligatory souvenirs… Ugh.  “I can’t believe there were that many people there.  I mean 60 minutes just to ride ‘it’s a small world?’ I mean come on! And the prices! Geesh!” I think these people are glad to be home.  It’s either that, or Jim Gaffigan just entered my brain.

But that doesn’t stop people from going.  Not Jim Gaffigan.  I mean the experience.  The experience doesn’t stop anyone from going.  And of course after a few weeks of reflection they’ll realize what a wonderful time they all had.  And they’ll just have to do it again next year.  But that first moment when they step off the airplane coming home—that’s priceless!

But let’s rewind back to day one.  You know, when you have all that energy? I was actually able to arrive in Central Florida early enough on Sunday to try to squeeze something in.  I went to Universal Studios shortly after we (my coworker and I) got checked in to the hotel.

I was able to ride the long-awaited “Simpson’s Ride” (Krustyland) at USF.  And, with my apologies to Universal for my opinion in a previous posting, the ride was actually very good.  I still miss BTTF: The Ride, and was happy to see that the DeLorean and the Jules Verne Train featured in the movie still have a home at USF.

But I have to admit that The Simpsons Ride was entertaining, so much so that I rode it twice.

It wasn’t terribly packed that day.  I don’t know if it was the threat of weather, or maybe Sunday is just the chosen travel day, but it was relatively calm that day.  Maybe 10-15 minutes wait time for most rides, and 40 minutes for the Simpsons.  That’s pretty light.

And that brings me to a couple of things about Central Florida in general.  One: The weather is usually quite predictable, with one major downpour rain shower occurring almost every day.  And, two, I don’t mind driving down there, even though I don’t know exactly where I’m going, because everybody else seems to not know exactly where they’re going either.  And that makes my driving normal by comparison.  See? It’s all relative…

Just a couple of other things to note about this trip… My colleague and I ate at the  Hard Rock Cafe on Wednesday night.  I didn’t realize this at the time, but that particular HRC is the biggest one in the world.  Good food, loud music.  Busy place.

And on Friday night I went for a stroll at Downtown Disney.  And I ate a hot-fudge sundae from the second-most Magical Place on Earth, the Ghirardelli Soda Fountain & Chocolate Shop, while watching a couple of elderly ladies from Fort Myers, Florida get down to Beyoncè’s Single Ladies (Put A Ring On It)—definitely one of the funniest things I’d seen in a while.  You have to just get the visual on that.

And then, Saturday, it was time to come home.  But to be honest, even as much as I enjoy Orlando, I was ready.  Sitting at the airport, getting ready to board the plane for the trip home, I got to hear one of the funniest things I’ve heard in a while.  I happened to sit next to the pilot and the rest of the crew in the waiting area.  As they were discussing why the pilot of the plane currently at the gate had not pushed back yet, our pilot decided he needed some answers of his own.  In ending his conversation with the rest of his crew he said, “Well, I’m going to go find out where our plane is.”  Now, how can the pilot not know where his plane is? Did he forget where he parked it? Maybe the valet service delivered it to the wrong gate.  I don’t know. 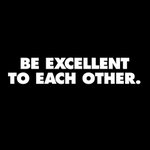 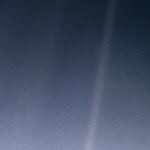 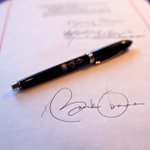