Well that was fun. Ryan and a few of his friends headed to Morgantown last week to get Taken. Not literally “taken,” but instead, participate in Morgantown’s premier escape room experience.

The four of us had participated in an escape room in Ocean City, Maryland over the summer. It was a fun experience, but it was definitely a work in progress in O.C. I’m sure over time, the O.C. escape room will be terrific. But this one in Morgantown was the full package.

The general idea behind an escape room is to solve a series of logic puzzles, have keen observation and great teamwork. You must use all of these abilities to escape a room or series of rooms within a certain time limit. In the games that we’ve played, we’ve had one hour to escape. In this case, the kids had just 54 seconds to spare… Nothing like cutting it close guys!

More than just a game

I’m beginning to think “hindsight is 2020” was some kind of message from a future time traveler that we all misunderstood.

Tomorrow and Saturday, @SCADdotedu is taking its annual fine art showcase virtual with more than 500 student and alumni works. Check out how the art would look in your spaces before purchasing with the "view-in-room" feature! 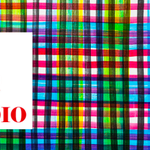 If you’re still wearing a mask when you go out, please retweet this tweet. I would just like to see how much common sense is still out there.

The corruption, rot and incompetence of William Barr's Justice Department are extraordinary and heartbreaking.