What a crazy day this has been.  Where to start?

The Shinnston Little League C-Ball season ended today, but at this point I’m not sure what team is “champions” and I’m not really sure that it matters…

But that was only part of the story today.

We were planning on going to Texas Roadhouse for lunch after  the game.  Well, it had been discussed earlier in the day that both teams would head to the city park and pool after today’s game to eat pizza and swim.

Also, in the confusion that is a double-elimination tournament, since we had no losses, and the Marlins had one (to us, on Friday), if the Pirates lost today’s game, we were to play the Marlins once again in order to give one of us two losses.  Whew!

Prior to the game, it had been discussed that the teams would only play this game, and if the Pirates won, they would be the outright champions, but if the Marlins won, we would be co-champs.  That’s fine with me, considering how these past few weeks have gone, with the crazy weather, and seeing that the temperatures will be in the upper-80’s to mid-90’s for the foreseeable future.  It was mid-90’s for today’s game, and that was plenty hot enough.

During the first half of today’s game, one of the parents got smacked in the mouth by a fast-moving foul ball.  I think she may need a few stitches in and around her mouth, but I think she will be fine.  That was a very scary situation…

Then, after the game, the city park and city pool became a sea of green, as coaches and players from both teams got together and enjoyed pizza and swimming.  The kids forgot the score and played together while getting some well-deserved relief from the hot sun.

As one coach said, “I think we should have skipped the game and came straight to the pool!”

I think the Roadhouse can wait for another evening.

You know, I think it really is Elmo’s World…

A hint of promise 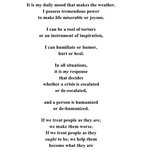