Imagine showing up for your high school play totally unprepared, without attending a single practice…  Well, maybe you have an idea of what’s gonna happen… they did dress you up in this funky Rock ‘n’ Roll outfit. Woohoo! Rock On!

Now, picture Jason Alexander in the same kind of situation. He’s dressed like Captain Kirk, so he has a decent idea what’s next. But all the other actors in the scene have an agenda, a script, that they will stick to. What do you do? How would you react?

Well, thanks to NBC, we get a glimpse into this freakish world. Thank God You’re Here recently premiered on the Peacock network, and it’s a “can’t miss.”

If you’re familiar with Whose Line Is It Anyway? then the concept of improv comedy is not foreign to you. The key differences between WLIIA? and TGYH being:

But what makes TGYH most compelling is watching the celebrities squirm their way through an uncomfortable scene, and watching how some of them thrive off the situation. Sometimes it works, and sometimes it doesn’t, but that’s the chance you take, and that’s what makes it interesting.

In success or in failure, the scenes on Thank God You’re Here are very entertaining, and they give you an interesting insight to some of your favorite celebrities.

Can someone plz make Bridenstine please shut up?

Two NASA astronauts make history with their successful launch into space aboard a SpaceX rocket https://cnn.it/3dkojDf 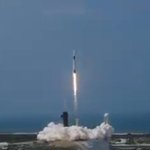 To celebrate the #MarbleLeague2020, I will make someone win a Savage Speeders tee-shirt !
If you want to participate :
-Retweet this tweet
-Follow this account, @MarbleLeague, and @Jellesmarbles
Draw on June 4th